2016 Rafting and Other Things: A Behind the Scenes Look at Colorado River & Trail Expeditions Part 4 of 4(October to December) 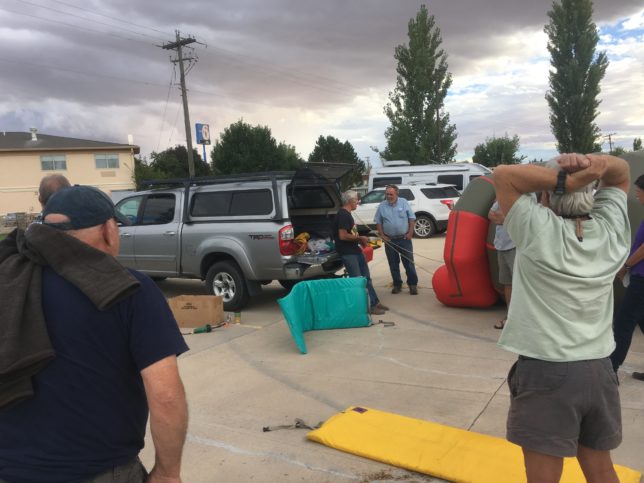 Jacks Plastic putting on a clinic about the repair of Paco Pads at the Moab River Rendevous held at the John Wesley Powell Museum in Green River, Utah. 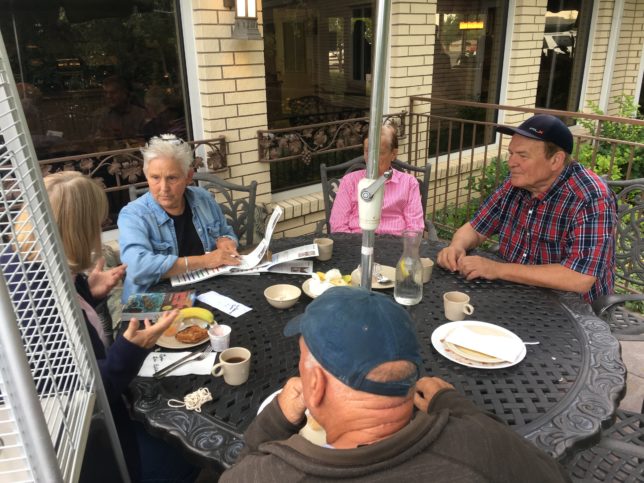 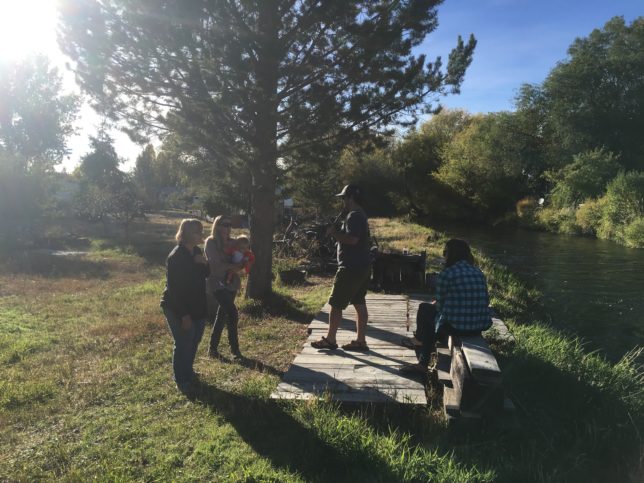 Sitting along the world famous Egin Canal in St. Anthony, Idaho during a celebration of the life of Amil Quayle. Amil was a world famous Artist, Boatman, and friend of Colorado River & Trail Expeditions. 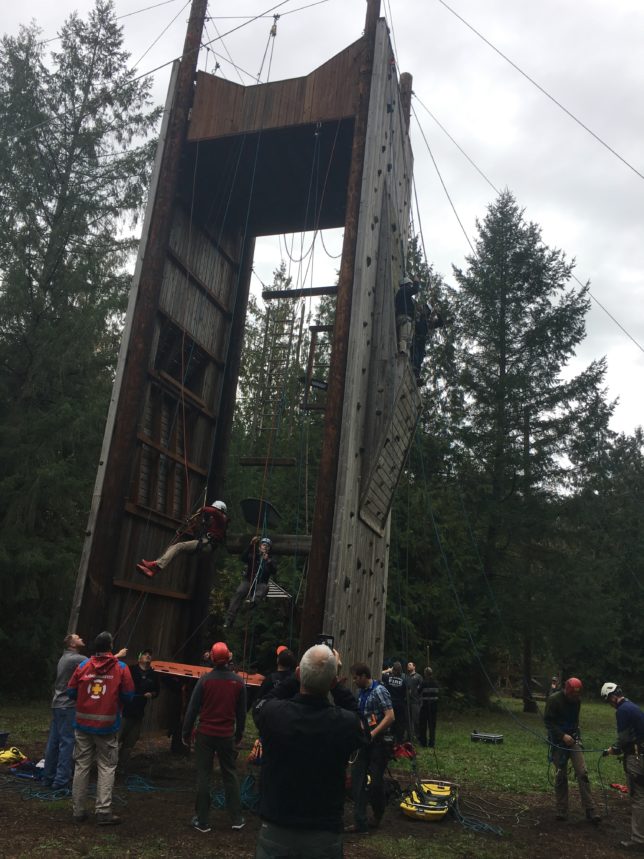 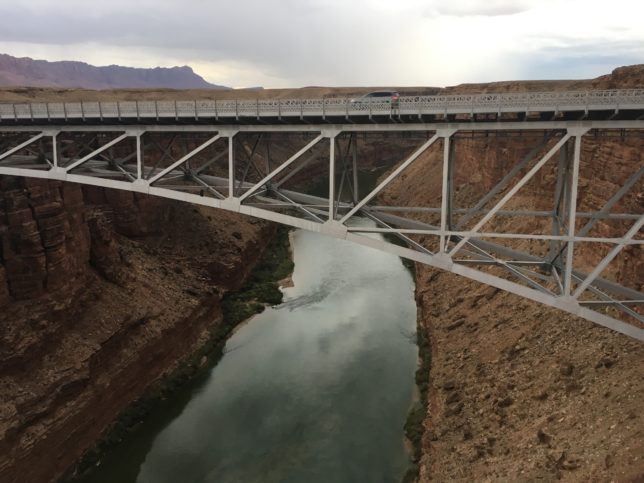 Condor relaxes on Navajo Bridge overlooking the mighty Colorado River 5 miles below Lee’s Ferry. This photo was shot on our way to Flagstaff, AZ for our annual meetings with Grand Canyon National Park. 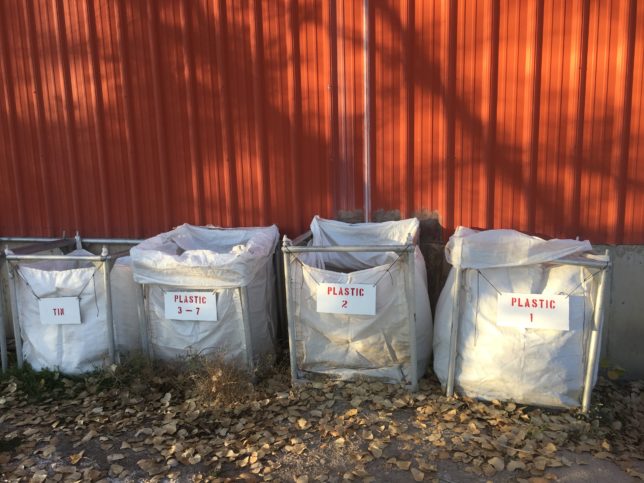 At our Green River warehouse recycling from our river trips is gathered and separated into these large bags. After they become sufficiently full recycling is taken to Salt Lake City or Moab, Utah. 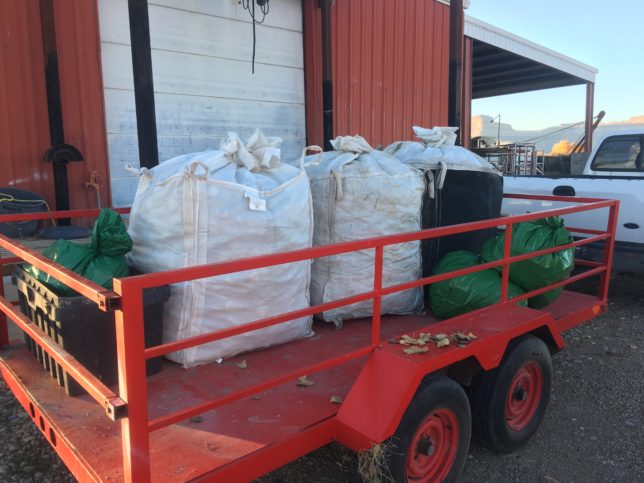 Trailer with recycled material heading back to Salt Lake City after our annual meetings with Canyonlands National Park, The Bureau of Land Management, and Utah State Parks. 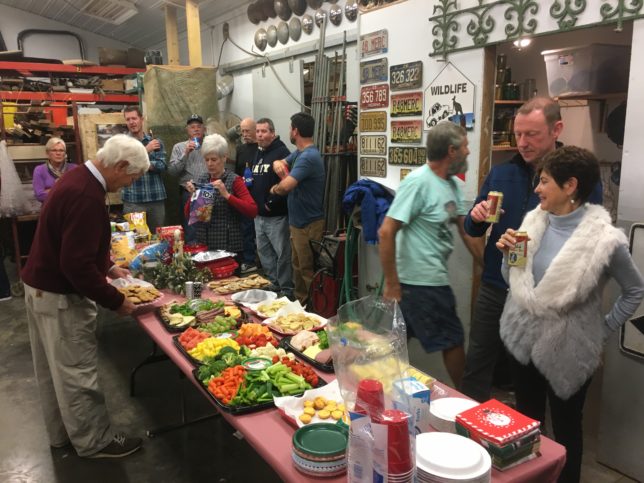 River guides Walker and Mindy Mackay were hosted by Yendor Willman and a contingent of past, present, and future river runners in Seymour, IN. 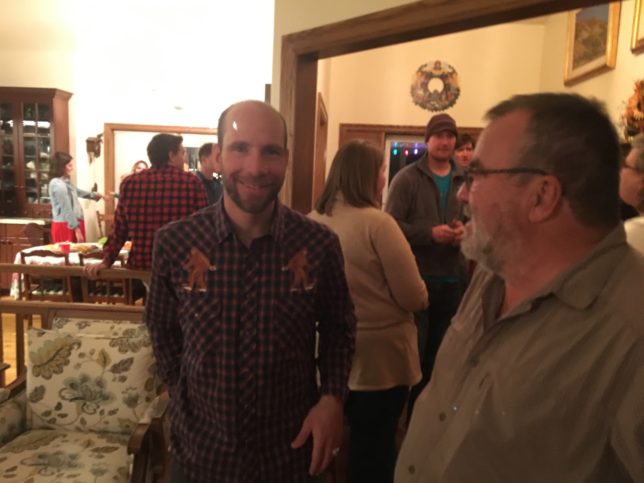 Colorado River & Trail Expeditions guides Christmas Party 2016. This year there were about 50 past and present guides that attended. This photo shows Ben Reeder talking with Kurt Slaughter. Thats Dewey in the background. 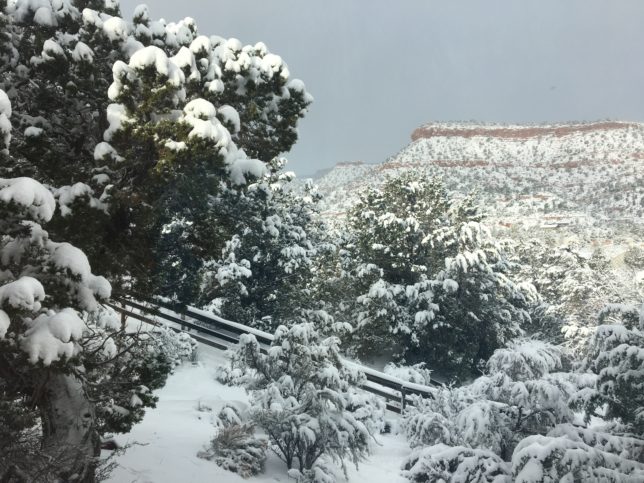 Christmas brought about 5″ of snow to our Fredonia, Warehous, and about 8″ to our Salt Lake headquarters. Better yet the snowpack in the mountains is well above average at this point and 2017 is looking like a great year to raft Desolation Canyon or Cataract Canyon. 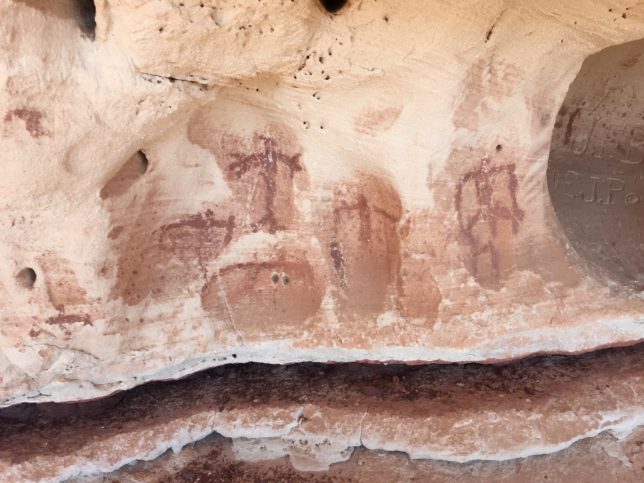 Today President Obama using the Antiquities Act declared Bears Ears National Monument. At CRATE we strongly believe in the preservation of Federal Land for our future generations. Can you imagine if President Roosevelt had not used the Antiquities Act on January 11, 1908? There would not be a Grand Canyon as we know it. It would likely be all privatized.

If you missed it be sure to check out