It was an exchange day. We had all awoken an hour pre-dawn, made coffee, packed bags, cooked breakfast, taken down the kitchen and bathroom and were loading the last pieces of odd shaped gear onto our 3 small oar rafts and 1 paddle raft when Chad came up to me and mentioned he could not find his wallet. It was still early, and the late September sun had not yet reached our boats floating in the eddy at Zoroaster. A beautiful camp located a few miles above Phantom Ranch nestled in the inner gorge of the Grand Canyon. We asked him which number his sleep kit was and unpacked the black and yellow dry bag after searching amongst the boats. He quickly opened the bag and searched through the Paco Pad, Sleeping Bag, and ground tarp. He could not find it and the crew did a secondary quick search of the sleep kit. We could not either. Next we brought the dry bag with his personal gear onto shore. Once again no luck. We as a group had become pretty close during the first 5 days on the trip. It was a small charter trip, in which most of the participants were part of the paddle boat team. They were all close knit and had brought the crew into their personal friends circle. They played games and recounted stories about their days rafting the whitewater of Grand Canyon late into the nights. 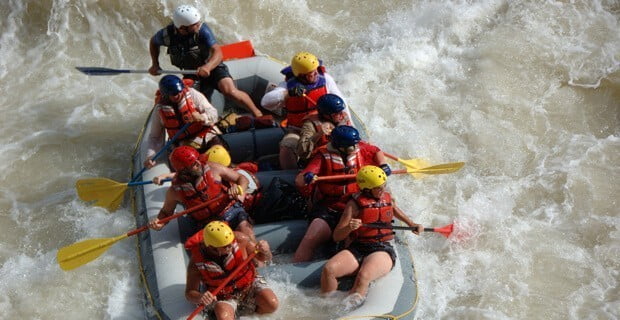 After having no luck with his personal dry bag we quizzed him to find out the point last seen of his wallet. Upon this questioning we learned that in addition to his wallet missing, he was also missing his phone. Both items had been sealed in a small ziplock bag. As he laid his head down to look at the night sky he had placed the small bag on the sand underneath his cot. In the morning the entire ziplock bag had disappeared. Although I don’t think Chad ever thought it, I immediately had the thought cross my mind that he may have thought one of the crew took it. I knew this was not what had happened, but nevertheless, upon talking to the rest of the crew I was not alone in this terrible thought. Moving forward the crew started taking the dozen cots off of the raft and going through them one by one. We all looked through the individual cot bags and unrolled the blue roll-a-cot bundles. Still there was no sign of the wallet, phone, or ziplock bag. By now it was about 8:00 Utah and Navajo time. Chad wanted to push-off and head downstream, but I have always learned from my Dad to never give up, especially when it comes to missing items. About this time I had a memory pass through my mind. 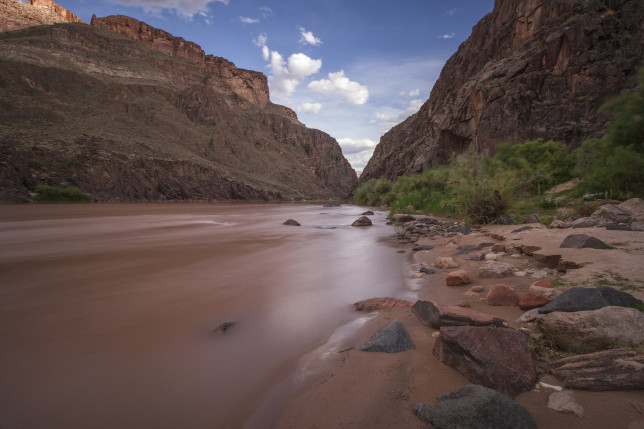 Six or seven years earlier Mindy and I had been camped along the river in the inner gorge below Phantom Ranch. In the middle of the night we had awoken to the sound of banging aluminum on rock above us. We immediately grabbed our headlights and shone them upon the pillar of Vishnu Schist above us. The banging immediately stopped and two little beady eyes shown in the light as if to be agitated. Then the eyes disappeared and the clanging started again moving higher and farther away by the second. We looked at each other and realized we had not thrown away our pack lunch from the day. It had been in a sealed ziplock bag next to our sleeping bags full of apple cores, granola bar wrappers, and a couple of smashed coke cans. It was now 300 feet above us in the mouth of some critter. We immediately knew the culprit. The ringtail cat(Bassariscus astutus) is a mammal of the raccoon family, native to arid regions of North America. They have fluffy black and white ringed tails, are nocturnal, and look very innocent and lovable. They are also very mischievous and enjoy wreaking havoc on Grand Canyon rafters by getting onto rafts in search of a quick meal. 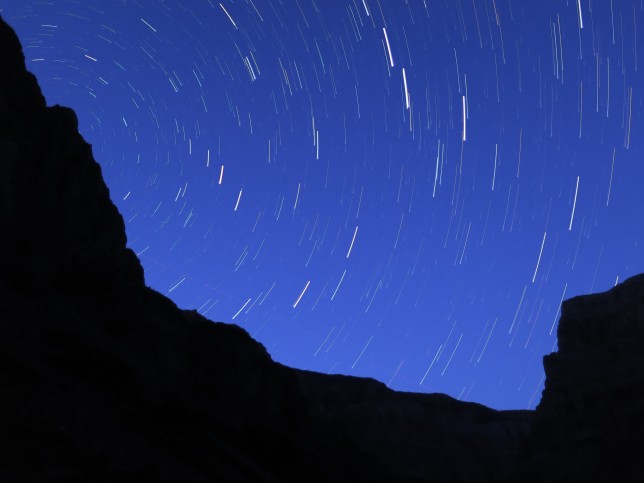 I relayed this story to the group and said that a ringtail cat must have mistaken the phone and wallet for a meal. I don’t think many people believed me. Regardless I was the trip leader, and forced everyone to spread out amongst the camp and look around and under the rocks for the missing items. Ten minutes passed then twenty minutes, there was still no ziplock bag, wallet, or phone. Instead, Mindy had found a stash of three old toothbrushes, one tube of toothpaste, and a ball of wrappers under a big rock just past the sand. Everyone returned back to the boats figuring the wallet must be in a pack or bag or some other random place, and would turn up once things were unloaded up on the rim of the Grand Canyon. I convinced everyone to search for ten more minutes beyond where we had looked previously. I started walking upstream. About 50 yards beyond the point where the beach gave way to the talus slope my eyes opened wider and I started to grin. On top of the crushed black rocks was a ziplock bag with phone and wallet. Near the corner of the bag was a half circle cut out where the ringtail cat had bit the bag to haul it off. After getting the treasure a safe distance from camp the ringtail must have realized there was no food in the bag and left it there. Mystery solved!

We left camp by 8:30 and were hiking up the Bright Angel trail from Pipe Creek shortly thereafter. Chad had his stolen wallet, and everything turned out for the best.

The mischievous and adorable thief.